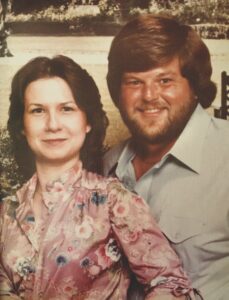 KAREN DARLENE COVIN CREMEAN, 27, and her husband Frederick Earl Cremean, 29, were killed 09/19/83 in their Fort Worth, Texas residence.1

A graduate of Brewer High School, she was employed as an assistant automotive manager at the White Settlement Kmart. She shared with coworkers her excitement about being pregnant again, after suffering a stillbirth several years earlier.

Karen wasn’t particularly close to her parents, but family say she grew even more distant since marrying Fred in February of 1976.2

Neighbors recall the couple were friendly, turned down offers to have ‘drinks,’ never partied or had “shady” people at their home during their three years in the neighborhood.3

A double funeral was held at Normandale Baptist Church, where just weeks before Karen rededicated her life to the Lord. She is interred at Greenwood Memorial Park and Mausoleum in Fort Worth.4 She was survived by parents Jesse and Peggy Covin, and sister Cathy Powell. Sadly, her father passed away without seeing her killer(s) brought to justice.5 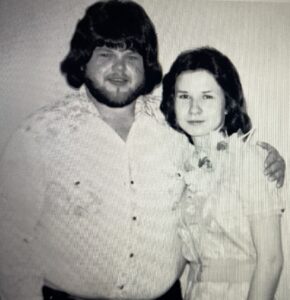 When Karen failed to show up to work at 9am her coworker, Elaine Knight, became concerned and stopped by the couple’s home at 4825 Mayfair in Ridglea.  She received no response after knocking on the door several minutes, so she looked through the living room window.6

Knight observed Karen slumped over between a chair and sofa, and immediately tried to force open the front door. Unsuccessful, she frantically called Tim Bean, the Kmart store manager.

He soon arrived with Tim Jetton, the automotive manager, to gain entry into the home. They found the rear door open, and discovered the couple unresponsive shortly after 10am.7

Officers arrived around 11am, in response to an emergency call by the coworkers.The home wasn’t ransacked, and there was no signs of forced entry. Police do not believe robbery was a motive as both guns and cash were left untouched.3

An autopsy, conducted by the Tarrant County medical examiner, determined Karen had been shot twice in the head, close range, by either a shotgun or high-powered rifle. She’d been dead about 12 hours.

Close to 100 people were interviewed, but no clear suspect has emerged. 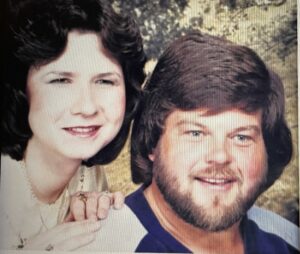 Investigators theorized the double-homicide was drug-related. In processing the crime scene nearly $2k in cash, a set of scales, drug paraphernalia, as well as a small amount of cocaine was found in the home.

Larry Cremean, Fred’s brother, acknowledges he dabbled in marijuana and speed, but insists he wasn’t a heavy user or seller. He believes Freddie was “…involved in a drug transaction far outside of his knowledge and comfort zone.”8

Cathy Powell, Karen’s sister, believes the couple were living in fear. She told media they’d purchased burial plots and caskets, and was careful to carry insurance for major purchases that would pay for the item in the event one of them died.

Fort Worth Police Department is working to solve the Karen Darlene Covin Cremean case and bring her killer(s) to justice.  If you have information about this crime, please call (817) 392-4330.

The Covin and Cremean families are offering a $10k reward for information leading to an arrest and indictment.8