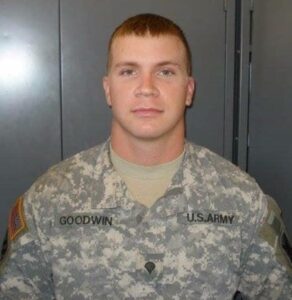 Ryan is a much-loved father of one, a friend, a comrade, and a US Army Veteran who served two tours in Afghanistan.3 Family created Finding William Ryan Goodwin FB page to generate leads and share memories.

UPDATE:  On 08/15/21, family announced via FB page that skeletal remains were discovered in Topsy. DNA results of several bone fragments are pending from LSU FACES. As of 02/28/22, no further updates have been publicized.

On 05/18/19 a search for Ryan was conducted by family, friends, and volunteers, as well as The Cajun Navy Relief & Rescue. Unfortunately, he was not located.5 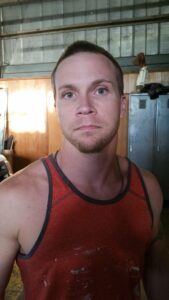 On 10/23/18 Corey James Lapoint was charged with Accessory after the Fact, Simple Battery and First Degree Murder in the death of Devin Marc Sanders, and was booked into the Jefferson Davis Parish Jail. Allegedly on 11/02/18 he attempted to convince a friend to collect his belongings from the Jail, to remove Ryan’s debit card from his belongings, and give it to the mother of Ryan’s child. Money to help support his child would then be deposited each month onto the card.

On 11/04/18 the incident was reported to Jeff Davis Parish Sheriff’s Office, who pulled the recording and confirmed the conversation occurred. As a result, Lapoint was also charged with Identity Theft, Access Device Fraud, and Theft value of $1,000 but less than a value of $5,000.6

On 04/06/19 a “Herman Brooks” sent a FaceBook message that alleged Ryan was beaten to death by two acquaintances, and disclosed the names of four individuals that presumably either witnessed or participated in the crime. Family believes “Herman” is a bogus profile, but nevertheless family turned the information over to Jefferson Davis Sheriff’s Office, who allegedly have yet to act on it.8

Ryan’s little girl asks “’Where’s my dad?” Her mom Sara McVey replies “I don’t know, I don’t know… I have people helping me find him, but I don’t know where he is.” What a difficult conversation to have with a young child! “No matter what was going on with his lifestyle, he was still loved.”9

It’s unknown if his disappearance is related to his 2016 arrest by Jefferson Davis Sheriff’s Office, or his 2017 arrest by Calcasieu Parish Sheriff’s Office for the theft of a utility trailer and lawn equipment.10 11