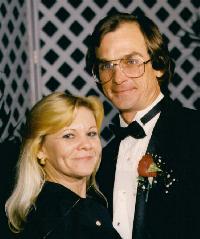 TED HERBERT BOYETT was last seen 12/03/01 working on a US construction project in Oberlin, Louisiana. He was 48-years-old at the time of his disappearance.

It’s believed he picked up long-time girlfriend Denise Knapp Sawyer (also missing) from her job at Datrex around 4:30pm,1 and the couple shortly arrived at their home on Clyde Chachere Road, north of Kinder, Louisiana.

Alvin “Bugsy” Moreau, Kinder Police Officer, observed Ted and Denise’s vehicle near the First Baptist Church parking lot the early morning hours of 12/04/01. No one was in the vehicle, and Officer Moreau had no reason to suspect foul play at the time.2

Later that day their vehicle was found parked under their carport; however, investigators are unsure who drove the vehicle to the residence.  Ted’s wallet and Denise’s purse, containing their uncashed paychecks, were also found at the residence.  The only items missing were a television, VCR player, table, computer and telescope.3

Deputies staked out the house hoping Ted or Denise would reappear, reviewed their long-distance phone records, and requested assistance from Calcasieu Parish Sheriff’s Office and Louisiana State Police.1 Authorities searched the inside and outside of the home, but found no sign of forced entry or struggle.4 Tracking dogs were soon brought in, but could not pick up a scent.5 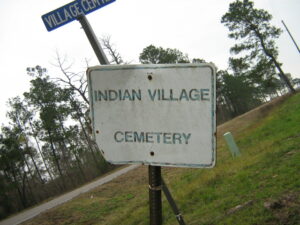 The case went cold until 2007 when an unnamed source(s) advised police that Denise and Ted had been murdered. This source(s), believed by authorities to be creditable, led them to an area near the old Indian Village Cemetery where Denise and Ted were purportedly buried. The area and drainage ditch were dug up; however, no remains were found.6

It’s unknown if Ted’s mid-1990 conviction for embezzling $184,000 from the Allen Parish School Board was a factor in the couple’s disappearance. He was the Board’s Business Manager from 1985 until his resignation in 1994. Prior to that he worked as a financial consultant and auditor for the Board. Over a period of several years, he wrote four checks to Financial Management Services, a company which his solely operated.8

Allen Parish Sheriff’s Office is working to locate Ted Herbert Boyett and bring the person(s) responsible to justice. If you have information about his disappearance or current whereabouts, please call (337) 639-4353.