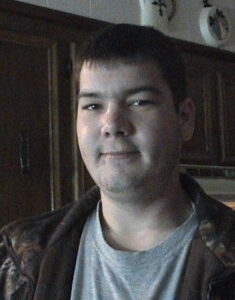 DANIEL GREGORY MILLER was last seen on 05/02/07 swimming with “other boys” in the Calcasieu River near Oberlin, Louisiana.1 The “other boys” were actually young men of Daniel’s age.

A resident of Jennings, the 21-year-old had recently received a large sum of money from his father’s 1987 wrongful death suit. Ironically, his father’s accident occured while working on a barge in the same river Daniel disappeared in 20 years later. It’s unknown if the ‘inheritance’ played a factor in his disappearance.

Family must suspect foul play as his grandfather’s obituary notes Daniel preceded him in death.2

Witnesses told authorities Daniel drowned in the area by the bridge on Highway 26 West. However, some sources say he may have been murdered and buried.1

A large-scale search for Daniel by 400-500 rescue and volunteer personnel that included divers, helicopters and cadaver K-9’s was conducted. However, after a week the search was called off.3

Investigators believe this is the first instance of supposed drowning where the body wasn’t eventually recovered.4 As of this writing, Daniel remains listed as a missing person.

My research revealed very little about Daniel’s background or his disappearance. If you have a reputable source of information for either, please let me know so it can be incorporated into this summary.

Allen Parish Sheriff’s Office is working to locate Daniel Gregory Miller and bring the person(s) responsible to justice. If you have information about his disappearance or know his current whereabouts, please call (337) 639-4353.