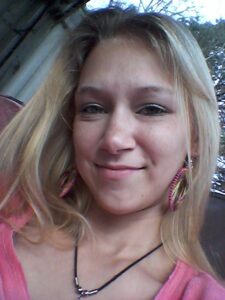 CYNTHIA ‘CINDY’ DAWN ORSBORN was last seen on 06/13/17 when she was dropped off at a friend’s house in Natchitoches, Louisiana.1

The mom of two was 23-years-old at the time of her disappearance, and lived with boyfriend Jack Daniel JD Nobles in Calvin. She attended Natchitoches Central High School and worked at Save-A-Lot, Sonic and Wendy’s.

Cindy is known as “…a bright, attractive, but troubled young woman who kept company with people her family feared.” Her uncle, David Orsborn, remembers her as “…so tender-hearted and little…almost defenseless.”2

Family say Cynthia began using drugs as teen to cope with the January 2006 disappearance of her father, Michael Orsborn. Her contact with them was often sporadic, but in mid-June it completely stopped.3 Her brother Christopher reported her missing 06/21/17.

Cindy’s Aunts Suzanne and Michelle started a GoFundMe to hire a private investigator in hopes of discovering her whereabouts. Please consider contributing if you’re able.

IN HER OWN WORDS 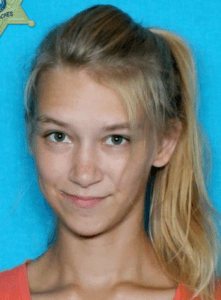 Cynthia, a mom of two, touchingly described herself on Facebook as:

“I’m a on the skinny side kind of gal. I’m in love with the most sweetest, handsomely, man I ever laid eyes on…We have two little boys… They are my world… Two brothers. One sister. A wonderful mother. My father is gone. I like to have alot of fun and hang out with friends. Hit the back roads. I listen to all music mostly country n rap. I’m def not a girly girl unless it comes down to if I need to put on make up.”

“I am a one of a kind friend that u will never find in ur life but once. My best friend is Amanda Rhodes and Paige Stewart. I’m not one to give speaches but I have had it really rough all my life. And u just can’t let anything knock u down… if it ever does get right back up and try it again. And if ur to the point where u don’t know what road to take wich way to turn. … Turn to God. He will lead u the right way no matter what u have ever done in ur life that is bad or wrong. He won’t care he will still help you.” 4 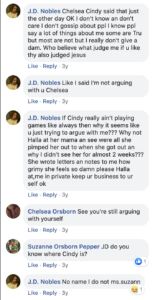 On 06/20/17, her cousin posted a plea to Facebook asking for help in locating Cindy. It appears from comments her relationship with JD Nobles, 41, was volatile and may have involved deliberate alienation from family. His response denied knowledge of her whereabouts.5

JD reportedly sent below, via Facebook, to one of her aunts:

“We were walking from the library in Calvin to come to try to get phone to connect to WiFi and she got in a dark green or blue or brown. All I know is it was dark, about 9:45 couldn’t see inside.”

An unsuccessful search for Cynthia was conducted that included divers and cadaver dogs that scoured Saline Bayou, on the border of Natchitoches and Winn parishes. 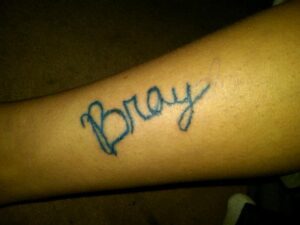 JD Nobles has a 20-year record of violent crimes:6 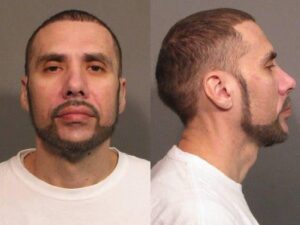 After Nobles was released on the November 2016 charge, he moved to Winn Parish where Cindy later joined him.6

Although it’s believed JD was the last person to see her alive, he “…has not been charged in Cindy’s disappearance. Investigators say he has repeatedly and steadfastly denied involvement in Cynthia Orsborn’s disappearance.”7

As of this writing, Nobles is no longer incarcerated.