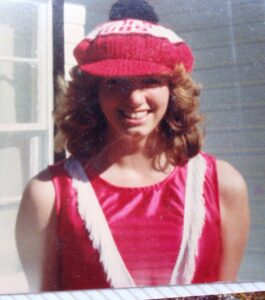 Sherry Lynn Alford, 16, was last seen the evening of 02/01/82 leaving her boyfriend’s home in Monroe, Louisiana. Her lifeless body was discovered later that night on LA Highway 139.1

She was a Sophomore at Ouachita Parish High School and is remembered by her sister Tammy as being “…very smart, very pretty and just very full of life…”2

Sherry is interred near her mother, Linda Jones Alford, at Gwin Memorial Cemetery in Mangham.3

Sherry was visiting her boyfriend’s in Town & Country subdivision earlier the evening of 02/01/82.1 Prior to midnight she left, taking her regular route home down Bon Air Drive to DeSiard Street then to LA Highway 139. Not long after, her body was found by her white Ford Exp on the northbound lane of LA Highway 139, off Swartz School Road, about a mile from her home.4 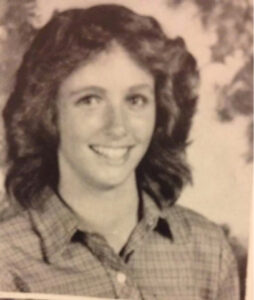 Authorities believe Sherry was shot twice with an automatic handgun. The first shot was fired three-tenths of a mile from where the vehicle came to a stop. It entered through the driver’s side window, shattered the glass, and hit her in the left wrist and lower left lip. Sherry exited the vehicle in an attempt to flee, and made it as far as the middle of the road when a second shot was fired to her head. An automatic shell casing was found near her body, and her left wrist-watch stopped keeping time at 11:57 pm on 02/01/82.5

The Chief Investigator referred to Sherry’s murder as “…an assassination-type killing.”6

A parish-wide Homicide Task Force was formed on 02/03/82 to investigate the murders of Sherry, and two other young women who died under similar circumstances in the same area – Angie Hill and Kathy Whorton. The Task Force was comprised of officers from Monroe Police Department, Ouachita Parish Sheriff’s Office, Louisiana State Police and four other agencies.

Tammy believes a common factor in all three cases is DeSiard Street, where all three either lived or worked. Sherry’s murderer may have been interrupted before he could kidnap and sexually assault her, a fate shared by Angie and Kathy.2 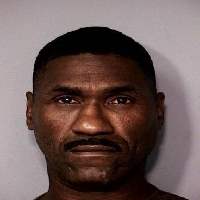 In 2008 a match to the DNA found on Kathy’s undergarments was found in CODIS – Anthony Glenn Wilson. He was incarcerated on unrelated charges and the prosecutor was concerned  DNA alone might not be enough to convict (all other evidence was lost). Investigators found an outstanding charge for breaking into a car and stealing cologne. He was soon prosecuted as a habitual offender for the theft, and in October 2009 sentenced to life without parole. He’s currently in Angola. Sweet Scent of Justice, a book detailing Kathy’s case, was written by her sister.7

Major Royce Toney, of Ouachita Parish Sheriff’s Office, said he was confident Wilson was also responsible for Sherry’s murder – although they couldn’t prove it.8

Several false confessions have been made over the years from Henry Lee Lucas, Ottis Toole and Barry Beach. All three were cleared as suspects in the murders.2

In September 1983 Henry Lee Lucas, who was incarcerated in Texas, was suspected of killing Sherry the year prior.9 He was later cleared.

In October 1983 Ottis Toole, while incarcerated in Florida, confessed to killing Sherry after seeing her in a convenience store. He stated his intent was to rob her, but he “fled because another car was coming.” A warrant against him was signed by Louisiana’s 4th Judicial District Court for first-degree murder and attempted armed robbery. 10 As with Lucas, he was subsequently cleared of the charges. 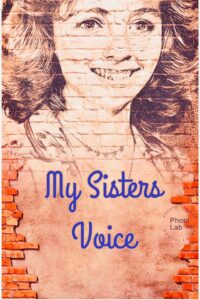 “Sometimes this is how it feels. The bricks represent a wall. A wall that it seems is hard to penetrate and get thru. A wall that I will not let close. A wall when one door shuts I know another will open. A wall that will not close to a beautiful life taken, but yet a wall that will burst and reveal the truth and answers that have been hidden for way too long. I am that voice and I refuse to let the wall close off. Her life was not taken in vain and somehow we will get thru this pain.”11

Ouachita Parish Sheriff’s Office is working to solve the Sherry Lynn Alford case and bring her killer(s) to justice. If you have information about this crime, please call (318) 324-2663.