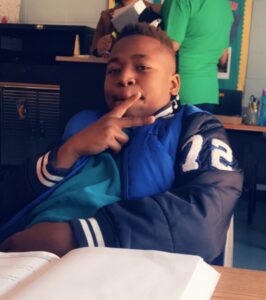 Robert Allen ‘Papi’ West Jr, 13, and Daytra Miller, 42, were shot to death inside their Independence, Louisiana home. The double homicide of mother and son occurred 12/23/18.1

Robert, often called Allen, was a 7th grade honors student at Tangi Academy, a charter school in Hammond. He was a mentor for younger children, a football and basketball player, and gave the best hugs.2 He was the youngest of six children.3

Robert is remembered as “…a kind, gentle, helpful, and caring young man who always put others before himself…he loved fishing because his grandfather taught him…”4 “…very kind super polite & smart. He was very supportive of his big sister.”5 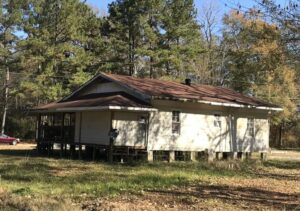 The double homicide of Robert and Daytra occurred inside the home they shared near Fontana Road and Labruzza Lane.

Oliver received a desperate call from her sister asking she “Get here, help me, help me…save us.” Her sister was inside the house when the shooting occurred, but hid in the bathroom with their nephew. The sister “…heard gunshots, multiple gunshots, and when they stopped she called police and she called me.”6

West believes Robert and Daytra were fatally shot as they were putting items in the car.7 He says “investigators are still waiting on the final pieces of evidence to be analyzed by the Louisiana State Police Crime Lab before they release information on a possible person of interest in the shooting. TPSO originally reported they believe the person who committed the ‘heinous crime’ knew the victims, but have since been tight-lipped about information related to the case as not to jeopardize the investigation.”3

Every morning getting up, shaking his [Robert] hand and hugging him. I never missed a day of hugging him. The past year has been the most difficult…learning to move on with a piece missing…I saw them bring my son out in a body bag. I cleaned his blood up the next day. You don’t know pain until you clean up your 13-year-old son’s blood…”8

He asks the community to watch and listen for information that could help investigators. “I want justice for Daytra and I want justice for Robert Allen …my daughters need it.” Allen’s sisters are scared and often with West, the only person they’ve ever called Daddy.7

Tacarlra says “…it’s hard not having answers about what happened that night… Just speak. Tell what you know. I wouldn’t do that to my worst enemy. If I knew something, then I would tell it.”10

Tangipahoa Sheriff’s Office is working to solve the Robert Allen West Jr case and bring his killer(s) to justice. A reward of $12,500 is offered.11 If you have information about this crime, please call (985) 345-6150.