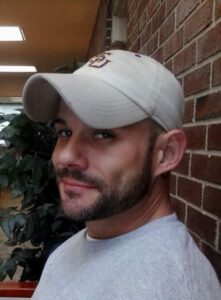 The father of one was a former United States Marine. Family created a FB page in his memory, Justice Now.

As of this writing, no one has been directly charged with Ray’s murder. His case remains unsolved.3

According to Debbie Lott, his mother, Ray was last seen 07/03/15 after spending the day with two friends in Masura and Zachary. Lisa Rabalais is one of the last persons believed to have seen him alive. For unknown reasons, Avoyelles Parish Sheriff’s Office (APSO) refused to allow her to file a missing persons report until 09/03/15, and Sheriff Doug Anderson refused her calls in the months leading up to the discovery of Ray’s remains. When confronted at the crime scene, he allegedly walked away, again without speaking with her.4 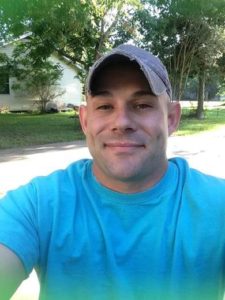 When questioned why family was able to locate Ray in an area already searched by authorities, APSO Chief Deputy Steve Martel responded “…heavy vegetation would have hidden the body from view. The area is largely defoliated now, which made it easier to spot during the family’s search.”7

The then-coroner, Dr. L J Mayeaux, officially ruled cause of death as “undetermined” citing remains were too badly decomposed to determine a cause of death. However, family maintains he was murdered, and law enforcement’s investigation “…mismanaged at best, ignored at worst.” Charles Riddle, District Attorney, said the investigation will remain open, but “…not classified as a murder.”8 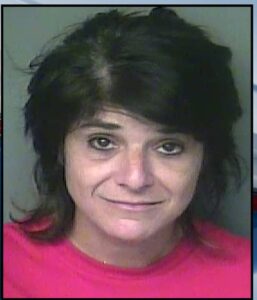 Lisa Marie Whittle Terrell Rabalais – On 09/17/19 her trial for accessory to the felony of homicide in connection to her alleged role in Ray’s disappearance started. District Attorney Charles Riddle and Assistant D.A. Tony Salario prosecuted the case.

Lana Barr testified that Rabalais, who cleaned her beauty shop on occasion, was upset and told her in early September 2015:9

The state argued Rabalais, 42, “knew or had reason to believe Bordelon committed an intentional homicide and that she harbored, concealed or aided Bordelon to avoid his arrest, trial, conviction or punishment.” She was found guilty of accessory after the fact of second-degree murder 09/18/19 after a two-day jury trial10 and was sentenced 11/12/19 to five (5) years in prison, with the chance to post a $100k bond. Riddle explained why she was offered a bond as “The law is clear…that if the maximum sentence is five years or less, they are entitled to bond…”11

Chad Guillot, her attorney, filed a motion for acquittal 09/20/19 alleging “because this case deals with an intentional homicide where the cause of death of the victim is undetermined, there is no murder weapon, there are no perimortem (at or near the time of death) wounds on the victim’s remains and the only evidence tending to prove that intentional homicide took place is the uncorroborated testimony of two witnesses who testified that the defendant told them certain things about the alleged homicide, the defendant should have been found not guilty.” The defense reasoned that if Bordelon did not commit the homicide, Rabalais could not have known or intentionally concealed evidence.12

In an 10/08/19 hearing on the motion, Judge William Bennett upheld the conviction. Louisiana law does not require a conviction on the primary offense to proceed with charges against an accessory after the fact to that offense. To be found guilty, prosecutors need only prove a defendant had information about the crime and withheld same from authorities investigating the crime.13

Avoyelles Parish Sheriff’s Office is working to solve the Ray Paul Lachney case and bring his killer(s) to justice. If you have information about this crime, call (318) 253-4000.