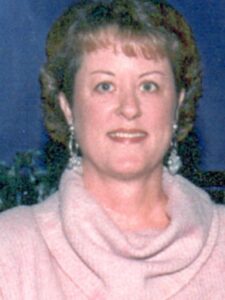 A 1979 graduate of Alexandria Sr High School, she received a Bachelor’s degree from Northwestern State University, and a Masters Degree in Social Work from Louisiana State University.

Teresa, a native of Boyce, lived in Oregon with her husband for about a year before returning to Cenla for her daughter’s high school graduation in May. She flew into Dallas, Texas, and drove a rental car to her parents’ home in Boyce where she spent most of her time.2

Teresa was last seen leaving The Stick, a pool hall on McArthur Dr., between 1:30-1:45 am on 06/10/02 with an unknown white male (sketch). A witness reported the couple left in the suspect’s vehicle, and her rental car was later found in The Stick’s parking lot.2

A farm laborer discovered Teresa’s body 06/10/02 at 6:45 am, on a remote road near Louisiana State University at Alexandria. Autopsy revealed she was stabbed at least five times and ran over by a vehicle. The cause of death was a combination of her wounds. Unfortunately, the suspect left no DNA on the scene.3

Detectives eliminated more than 50 suspects within the first year of the crime, including Jason Alston, 32, a former Louisiana State Police Trooper, who a tipster identified as being connected to the murder.  He was placed on administrative leave 03/27/03 pending the outcome of RPSO‘s investigation. There was no DNA found at the scene for comparison to Alston’s.4

According to Mike Small, Alston’s attorney, he voluntarily submitted to and passed a polygraph exam regarding Teresa’s murder. The release further stated that two independent examiners determined Alton was “truthful when he denied any knowledge of or involvement in the Gilcrease murder.”5

On 06/10/03 Teresa’s family and friends placed an engraved stone plaque on the site where she was found exactly a year before. There to support the family was Jerry Miller, whose daughter Rebecca Miller was murdered 12/02/02.6

In 2015 her father Elvin said he “harbors a lot of anger” about the lack of communication from detectives handling the case, and that the last contact was about two years prior. Her sister Ginger believes a suspect interviewed in 2003 is responsible, “…and described a strained relationship between her family and some investigators.”7 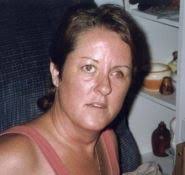 “Teresa was stabbed to death and ran over, not just once, but the killer ran her over again. With as many times as she was stabbed, I believe there should have been DNA, in which the sheriff’s office said there was none.

The main suspect, a state trooper out of Baton Rouge is Sheriff William Earl Hilton’s nephew, Jason Alston. Jason was seen that weekend at a few of the bars that Teresa was at, and they were both seen at the Stick that Sunday Night. Teresa was seen leaving with a man at closing time.

Rapides Parish Sheriff’s Office is working to solve the Teresa Marie Wren Gilcrease case and bring her killer(s) to justice. If you have information about this crime, call (318) 473-6727.