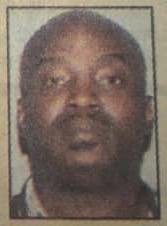 On 12/20/02 the decomposed bodies of Roderick Wayne Collins, 31, and Rebecca Ann Miller, 30, were found by a hunter in a wooded area off Sugarhouse Road in Alexandria, Louisiana.

Investigators estimate the bodies had been in the woods five-six weeks. The relationship between the victims, if any, is unknown.

At that time of his disappearance, Roderick lived at 115 Messer Road in Pineville.1 and worked for the City of Alexandria’s Sanitation Department.2

Roderick was last seen 11/01/02 as he left for the Paragon Casino in Marksville. His girlfriend reported him missing 11/04/02 when he failed to return home.

On 11/02/02 his burned vehicle was found on Hudson Boulevard, not far from Sugarhouse Road where his badly decomposed remains, along with Rebecca Ann Miller’s were discovered over a month and a half later on 12/20/02. Investigators believe his remains were in the woods five-six weeks before being found.

My research revealed very little about Roderick’s background or the crime. If you have a reputable source of information for either, please let me know so it can be incorporated into this summary.

Alexandria Police Department is working to solve the Roderick Wayne Collins case and bring his killer(s) to justice. If you have information about this crime, please call (318) 441-6416.