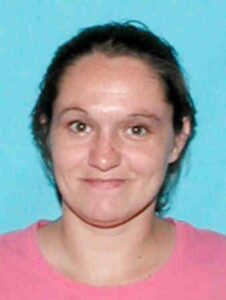 She was a resident of Lake Arthur, and enjoyed listening to music and loved being outdoors.

Necole is considered the eighth and last ‘Jeff Davis 8‘ aka ‘Jennings 8’ victim.

Necole’s remains were discovered 08/19/09 by a highway worker mowing grass. She was left between mile markers 72 & 73, near the westbound I-10 Egan exit (between Crowley and Jennings) in Acadia Parish.3 Mark Dawson, Acadia Parish Coroner, ruled the death of Necole murder by probable asphyxia.4

Sheriff Ivy Woods, who took office in 2012, told media they “…still do not know that all eight were homicides.” “It’s still a top priority at the Sheriff’s Office. We still have detectives assigned to the case. As soon as we get information that’s fresh, everybody jumps on it and tries to check the legitimacy…”5

According to Necole’s mother, shortly before her daughter’s disappearance she’d asked what kind of icing she wanted for her birthday cake. Necole replied it didn’t matter because she wouldn’t see her birthday. Her premonition was correct: her body was found just days before her birthday. She also confided in her Mom that police killed the other young women, and it would only be a matter of time before she ended up dead too.