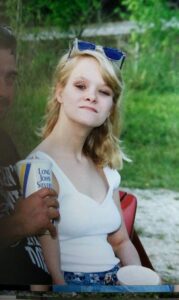 Loretta’s brothers Chad and Nicholas Chaisson say she was a loving mother, daughter and sister, who was fiercely loyal and always there if ever needed.1

According to husband Murphy Lewis, although they were no longer together, they were good friends. She spoke everyday with her sons, then ages 3 and 6, no matter where she was or what she was doing.1

Loretta is survived by husband Murphy Lewis, children Keylan and Kendric, father Thomas Chaisson, and brothers Chad and Nicholas Chaisson. She is interred at Doucet Cemetery in Jefferson Davis Parish.2

Loretta is considered the first ‘Jeff Davis 8‘ aka ‘Jennings 8’ victim.

Loretta’s body was found 05/20/05 floating in the east fork of Grand Marais Canal, a few miles southwest of Jennings (just north of the LA Highway 1126 bridge, about 3 miles west of LA Highway 26). She was partially clothed, and had no shoes on. The advanced decomposition caused difficulty with identifying and collecting evidence.

Autopsy found Loretta had no physical injuries. Toxicology report showed “high levels of drugs and alcohol” in her system, but no cause of death was determined.3 Investigators believe she may have been in the canal three-four days.4 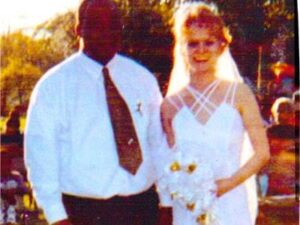 Sheriff Ivy Woods, who took office in 2012, told media they “…still do not know that all eight were homicides.” “Like Loretta… Was she killed, or was it possible overdose? At this time, as far as I know, going back, it’s still unknown.”

“It’s still a top priority at the Sheriff’s Office. We still have detectives assigned to the case. As soon as we get information that’s fresh, everybody jumps on it and tries to check the legitimacy…”5

Loretta allegedly told family a detective with Jennings Police Department asked she spy on a drug deal for them.

During a 04/06/11 memorial, her cousin Layla Chaisson told media “…as far as them not making any arrests, it’s bull. I think it’s complete and absolute bull.”6

“We love and miss Loretta. She was a loving mother, wife, and daughter. If you have any information about her death, please let someone know.” ~Thomas Chaisson, father 7

Jefferson Davis Parish Sheriff’s Office and the Federal Bureau of Investigation (FBI) are working in conjunction to solve the Loretta Lynn Chaisson Lewis case, and bring her killer(s) to justice. If you have information about this crime, please call your local FBI Office or the Sheriff’s Office at (337) 824-3850.