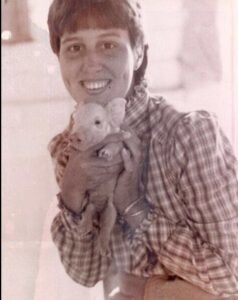 Laurie was active in 4-H, and was a parish winner in a 1977 sewing contest2 and proudly showed her hog in a 1978 livestock competition.3

She was a 1985 graduate of LSU, and a member of Clinton Presbyterian Church and Uniting Campus Ministry. 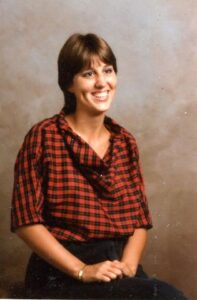 When she didn’t show up for work that morning, he went by her apartment at 4609 Earl Gros Street, #18, to check on her. He found Laurie “…dead on her bed against the wall.”5

Authorities believe she was killed approximately 30 hours prior to being found. There was no sign of forced entry.6 A number of people were questioned, but did not lead to any arrests.

My research revealed very little about Laurie Kay Samson’s background or the crime. If you have a reputable source of information for either, please let me know so it can be incorporated into this summary.

Baton Rouge Police Department is working to solve the Laurie Kay Samson case and bring her killer(s) to justice. If you have information about this crime, please call (225) 389-3000.