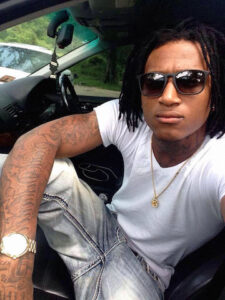 Kevin ‘KJ’ Griffin, 21, was shot and killed 09/29/16 on Faith Street in Roseland, Louisiana. The father of one1 was a graduate of Amite High School.2

At approximately 4:45 pm 09/29/16 an unknown male driving a small white car, possibly a Mitsubishi, stepped out of the vehicle and fired multiple shots at Kevin and Devonte Perry, 25. Kevin was killed, and Perry was wounded but recovered.3 4

My research revealed very little about Kevin’s background or this crime. If you have a reputable source of information for either, please let me know so it can be incorporated into this summary. 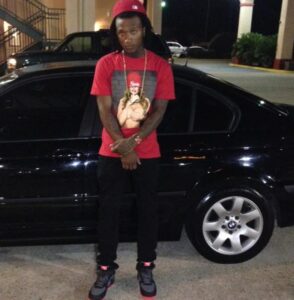 Kevin was one of three suspects identified as distributing drugs from the Best Western Hotel on Duo Drive in Hammond. An undercover operation commenced 03/09/16, during which time various quantities of drugs were purchased from the suspects.

It’s unknown if this arrest was related to his death seven months later.

Tangipahoa Sheriff’s Office is working to solve the Kevin ‘KJ’ Griffin case and bring his killer(s) to justice. If you have information about this crime, please call (985) 345-6150.