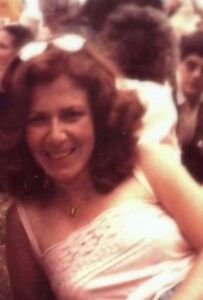 Edna Ann Muscarello Lester, 32, was stabbed to death 11/15/82 in her New Orleans, Louisiana home. The recently divorced mother of three lived on North Rampart in the Lower 9th Ward.

Edna is remembered by daughter Angel Lester as “a great, kind, loving mother.”

Edna was last seen by her children 11/15/82, shortly after 8am, when she dropped them to school at St. Maurice Elementary. According to Angel, “When I got out the door…I looked at her. She’s like, bye, I love you. I’ll see you this afternoon and ya’ll can start working on the playground…”

Around lunchtime, a school priest told the siblings of their mother’s untimely death in a fire. The children soon moved in with their father, Russell Joseph Lester Sr, and were not allowed contact with Edna’s family. 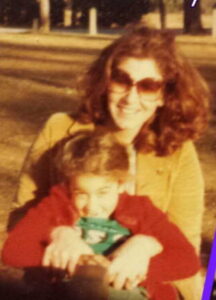 Angel said she reconnected with her mother’s family when she was 17-years-old and moved out of her father’s home. It was then she learned Edna was murdered, not killed in a fire as she and her siblings were led to believe.

Her mom was home alone the day she was killed. She was talking to her cousin on the phone when someone knocked at the door, and she told her to hold on while she answered the door. She got back on the phone and said a “black guy” who was a classmate of VJ’s at the Naval Academy wanted his address, and she’d call her back later. (VJ was Edna’s older brother). Edna never returned the call.

Neighbors noticed smoke coming from the home Edna shared with her mother around 9am and called the fire department. Firemen noted multiple stab wounds on her body, as they rescued her from the burning bedroom.

According to Winston Harbin, a New Orleans Police Detective handling the cold case, an autopsy found Edna had been viciously stabbed 15 times. He believes her body was then staged to give the appearance of an attempted rape, possibly to disguise the real motive for her murder.2 There was no forced entry, giving credence to the cousin’s assertion of their interrupted phone call.

A Suspect & A Person of Interest 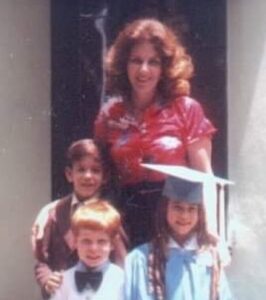 Harbin said the main suspect is the unidentified African American male, known only as “Marty.” He also named Russell Lester, Edna’s ex-husband, as a “person of interest” – not a suspect – due to his “lack of cooperation back then.”

A limited number of people knew where she’d be that time of the morning, and she’d only recently filed for property settlement with the courts.

Russell Lester declined Fox Channel 8’s request for an interview stating “My daughter is really nuts. I’ve been through this too long, too many times with the police and everybody else and I ain’t going through it again, ok?”2

My research revealed very little about Edna’s background or the crime. If you have a reputable source of information for either, please let me know so it can be incorporated into this summary.

New Orleans Police Department is working to solve the Edna Muscarello Lester case and bring her killer(s) to justice. If you have information about this crime, please call (504) 658-5315.