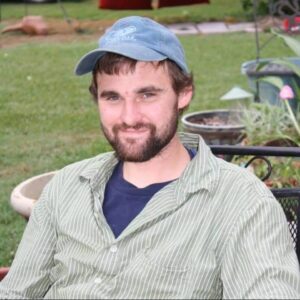 Duell Stephen Moreland, 26, was reported missing 03/29/16 from Monterey, Louisiana. His skeletel remains were found by family 04/29/16 near Bayou Cocodrie in Monterey.

An avid hunter, he lived with and helped care for his grandparents in their rural Monterey home. Family created the Justice for Duell Moreland FaceBook Page in his honor, and the Catahoula Injustice Facebook Page has a number of posts regarding the investigation. 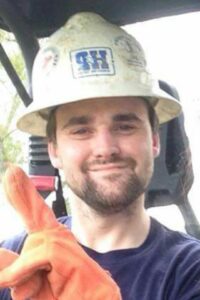 According to Kimberly, the family received information on where to find him from a local woman, whom they decline to identify. She happened to arrive at Buddy’s residence while Kenneth Hedrick, Concordia Parish Sheriff, was speaking with family regarding the case. In Sheriff Hedrick’s presence, this unidentified woman shared her knowledge of possible location and that five people were involved. Hedrick remained at the residence and did not offer to investigate the bayou the woman described.

Tiffee borrowed a borrowed a boat and he and several relatives and friends launched their own search.  Steve Murrell said the Sheriff had an opportunity to go with them at that time, but chose not to.2

Duell’s skeletal remains were found 04/29/16 by a family friend named Brian, his father Stephen and grandfather Buddy near Bayou Cocodrie off Peale Creek Road in Monterey.3 Tiffee was able to identify his grandson by the rubber boots he loaned to him, as well as the steel ankle implant (the results of a horseback riding injury) that was visible. The body appeared to have been burned.2

Authorities believe his body was initially covered in brush or buried in a shallow grave for about a month before the discovery, and that a tarp was used to drag is body to the area where he was found.4 Cause of death was determined as gun shot wound to the head.5

Some family members believe Concordia Parish Sheriff’s Office did too little to find Duell when he was first reported missing. Chief Deputy David Hedrick denied the accusation stating officers from multiple agencies conducted foot, ATV, horseback and air searches that spanned thousands of acres during the first month of his disappearance.6

Vernon Stevens, Concordia Parish Sheriff’s Office Spokesman, said Hart was arrested 04/30/16 on a charge of possession of an illegal firearm. Deputies searched his house, located at 679 LA Highway 906, and found a sawed-off shotgun.2

Hart was charged with the second-degree murder of Duell 06/02/16.8 His father, Thomas “Red” Tiffee, was a Concordia Parish Police Juror at the time. To avoid a conflict of interest, 7th Judicial District Court (JDC) District Attorney Brad Burget was recused as were 7th JDC Judges Kathy Johnson and John Reeves, whose offices received Police Jury funding.9

The grand jury, convened in 2017 by the Louisiana Attorney General, returned a “No True Bill” citing not enough evidence to indict for the murder of Duell and Hart was released.10

Kelly Siegler complemented the Sheriff’s Office saying, “I’ve been a prosecutor for 21 years. Of the 60 cases I’ve worked on ‘Cold Justice,’ this is one of the strongest.” However, she was critical of the LA Attorney General’s grand jury work saying “I’ve never heard of such a haphazard, sloppy, unfocused presentation in my life.”4 Some episode clips can be found here.

Concordia Parish Sheriff’s Office is working to solve the Duell Stephen Moreland case and bring his killer(s) to justice. The family is offering a $30k reward for information leading to a conviction.11  If you have information about this crime, please call Concordia Sheriff at (318) 336-5231 or Buddy Tiffee at (318) 613-6746.