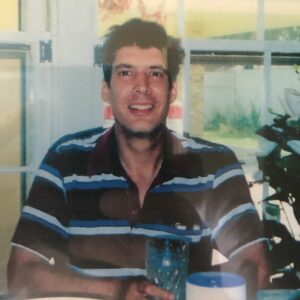 David DiNapolis, 47, was shot and killed 11/24/09 in Baton Rouge, Louisiana. He’d recently moved to the area from Lacombe.

David’s mother Ellen passed away in 2011 and his brother Buddie Buras in 2019 without seeing his killer(s) brought to justice.2 3 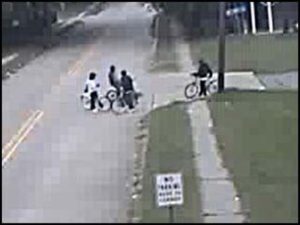 David was shot and killed around 3:30pm at 2426 Convention Street, as he returned home from a local store.4 Authorities believe he may have been shot during an attempted robbery.

Witnesses observed four young men on bicycles fleeing the area, as shown in the image to the left from surveillance video released by Baton Rouge Police Department.5 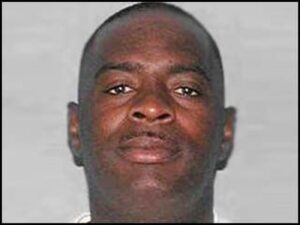 Gerald Wayne Heard, 40, turned himself in to Baton Rouge Police Department on 12/03/09. He was charged with first degree murder in the death of David DiNapolis.6 However, I could find no record of conviction on any charge related to David’s death and less than five years later he was arrested on unrelated charges.

Heard was arrested 04/14/15 for violation of BR City Ordinance Code Title 11§95 walking on the roadway when a sidewalk was available. He appeared under the influence of an illegal substance. A stolen Taurus PT111 9mm handgun and drug paraphernalia were found in the vicinity. On 06/11/15 he was indicted on one count of possessing a firearm and ammunition while having been previously convicted of a felony.7

My research revealed very little about his background or the crime against David. If you have a reputable source of information for either, please let me know so it can be incorporated into this summary.

Baton Rouge Police Department is working to solve the David DiNapolis case and bring his killer(s) to justice. If you have information about this crime, please call (225) 389-3000.