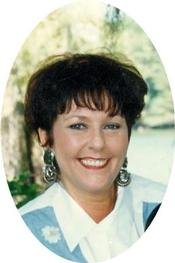 She was a 1968 graduate of Marksville High School, and operated Christina’s Beauty Shop in a building beside her home.1 2

As of this writing, no one has been directly charged with Christina’s murder, and two of the four primary suspects are now deceased. Her case remains unsolved.

It’s believed Christina and Larane Pierce drove to New Orleans on 12/03/11 to pick up prescription drugs. Christina’s mother  acknowledges she had an addiction to prescription drugs, and was relieved when Christina called later that evening. Sadly, within hours after speaking to her mother, she was viciously attacked and killed 12/04/11. One of the primary suspects was Pierce’s son Trampus Bernard.

Christina was found 12/05/11 in the bedroom of her home by her nephews. According to Dr. Christopher Tate, forensic pathologist, she was struck in the head with a golf club. The blow didn’t break the skin or fracture the skull; however, it likely disoriented her prior to the fatal attack. She was also stabbed multiple times, one of the wounds punctured her liver. Her external jugular vein was severed with two long cuts, but didn’t go through the muscle to the internal jugular vein. She also had several defensive wounds on her hands and arms, indicating she fought her attackers. He felt the wounds to her liver and throat ultimately caused her death, not the prescription drugs or cocaine found in her system.4 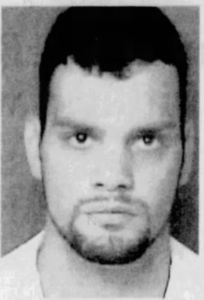 Prosecutors alleged Jared J. Tidwell tampered with evidence and attempted to cover up the crime scene by pouring bleach over Christina and the surrounding area. He was indicted for obstruction of justice and a jury unanimously found him guilty May 2013. He was sentenced to 30 years at hard labor, without the benefit of probation or suspension of sentence.5 He was 24 at the time of his conviction, and has never revealed who committed the murder.

Primary suspects were Trampus Bernard (Tidwell’s uncle and Pierce’s son), Chad Tidwell (Jared’s cousin), and their respective girlfriends Heather Foster Rivas and Kayla Guillot. The four primary suspects, along with Tidwell, attempted to tamper with the crime scene by pouring bleach on Ms. Mayeaux’s body and the surrounding area. Guillot killed herself before Tidwell’s trial.4

Larane Pierce, Bernard’s mother and the friend who traveled to New Orleans with Christina, was arrested as an accessory after the fact.2 She was killed by US Marshals in December 2012 in an attempt to flee arrest on unrelated charges.4

Testifying for the State during Jared J. Tidwell’s trial:

Mary Normand testified Christina was addicted to pain medication, and on 12/02/11 Christina went to New Orleans for a prescription. She said they spoke upon her return that evening; however, on 12/03/11 she was unable to reach her. When she’d still not heard from her on 12/05/11 her grandsons knock down Christina’s door and discovered in the bedroom.

Michael Lemoine testified his wife’s mother and defendant’s father are married, making them brothers-in-law through marriage. Tidwell allegedly confessed his involvement in the cover up of Christina’s murder while they were talking at a Father’s Day gathering, then later in Lemoine’s driveway. Trampus Bernard, Chad Tidwell, Heather Rivas and Kayla Guillot went to Christina’s house to buy pills and “whatever they was doing didn’t work out right” and “it just got out of hand.” Tidwell indicated to him that she was hit in the head with a golf club and stabbed with a pocket knife; however, he wasn’t told which of the suspects used the weapons. Because she scratched and bit, “they” put bleach on her fingernails and throughout the house. He further stated he believed Chad Tidwell called the defendant, and “they” went back to the crime scene several time.

Detective Roland Patterson took photos of the crime scene, noticed a slight odor of bleach and could see liquid on and around Christina’s body and the room itself. The bed was soaked and the bleach had gone through the bedspread onto the bed linens. He further testified the murder likely occurred the afternoon or evening of 12/03/11, with cleanup likely occurring on 12/04/11. No DNA or fingerprints were found in the house.

Detective Joseph Whitmore testified the four prime suspects were in and around the crimescene at the time of the murder. Jared Tidwell was also in the area 12/03 and 12/04. He was “surprised” by the details Lemoine knew when he was interviewed-information only someone who was there or had spoken to someone who was at there would have known. Specifically, Christina had been hit in the head with a golf club, that keys to the house were found, and numerous trips were made to clean up the crime scene. Chad Tidwell and Heather Foster were staying at Carson Bordelon’s house, which was directly behind Christina’s house. Chad Tidwell’s DNA was on a golf club seized from Bordelon’s house. No witnesses saw Jared J. Tidwell at her house, and no scientific evidence was found to prove he was ever there; however, calls were made between him and the primary suspects, including one that last more than 48 minutes.

Dr. Christopher Tape, forensic pathologist, reviewed the multiple injuries and concluded she died as a result of sharp force injuries to the neck and body. The maximum depth of the knife used in the attack was approximately two and a half inches, and would be consistent with a pocket knife. The blunt force injury to her forehead would be consistent with a golf club. She had multiple defensive wounds on her hands and arms.

Detective Jeremiah Honea testified about analyzing cell phone records of persons relevant to the investigation. Jared initially told him there were no calls between him and primary suspects. In a subsequent interview he admitted to a call from Chad Tidwell during the Saints game on 12/04. However, Defendant received multiple phone calls and text messages from phone numbers associated with either the primary suspects or Mr. Bordelon beginning at 8:15pm 12/03 and the Saints game didn’t start until noon 12/04.

Testifying for the Defense:

Jackie Tidwell (defendant’s sister) and Clara Coussan both testified about the Father’s Day gathering where defendant purportedly discussed the murder and coverup with Mr. Lemoine. Both testified they never heard any such conversation and that everyone “pretty much” stayed together during the gathering. They arrived mid-day and left just before dark, and were not with the defendant and Mr. Lemoine every minute of that time. Jackie conceded she was “mingling” and it was impossible to know everything that was discussed, and Clara conceded it was possible a conversation occurred without her knowledge.

Janice Bernard Tidwell (defendant’s mother) testified he was living with her at the time of the murder. She learned about the murder in the newspaper and defendant “looked surprised” when she told him about it. He had a 2006 heavy duty pickup truck at that time.

Avoyelles Parish Sheriff’s Office is working to solve the Christina Marie Normand Mayeaux case and bring her killer(s) to justice. If you have information about this crime, please call (318) 253-4000.