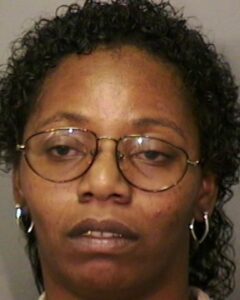 Carrie Walker Poole, 37, was found dead 09/26/02 at her garage apartment in the 2300 block of Broadway Drive and Benton Road in Bossier City, Louisiana.

Carrie was recently separated from her husband, with whom she had a volatile relationship, prompting her move to Broadway three days prior to her murder. According to family, he threatened her, but there wasn’t sufficient evidence to make an arrest.1

Carrie went to work at 4:00pm 09/24/02, and got off at 4:00am on 09/25/02. She was supposed to have returned for a later shift, but failed to show up. A concerned coworker went by her apartment, but when she was unable to locate her called Bossier City Police for a welfare check. When Police arrived at her garage apartment 09/26/02, they found her purse and belongings scattered on the driveway. They began looking around the immediate area, and discovered her body when they opened a downstairs storage room door. Considering her scattered belongings, investigators believe there was a struggle.2 3

An autopsy determined she died of ‘multiple traumatic injuries.’ Authorities believe she was attacked the night before, the perpetrator killing her as she returned home from work.1

According to Sgt. D.R. Barclay, Bossier City Police Department, her estranged husband has been and continues to be a person of interest, but is no longer cooperating. “He admitted to going by her house… He admitted he drove by her residence the night before her body was found, but he has always denied he had anything to do with her murder.”2

Bossier City Police Department is working to solve the Carrie Walker Poole case and bring her killer(s) to justice. If you have information about this crime, call (318) 741-8611.