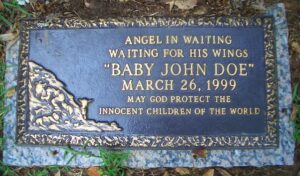 On 03/26/99 Baby John Doe, estimated to be 2-3 days old, was found partially buried at a steel plant near Keithville, Louisiana.

After three years of unsuccessful attempts to identify Baby John Doe, his body was released and a funeral held 04/24/02.  The community pulled together to ensure he was laid comfortably to rest. About 30 people attended the service.  He is interred at Forest Park Cemetery in Shreveport.1

Baby John’s parents have never been found, and the circumstances surrounding his death are still in question. 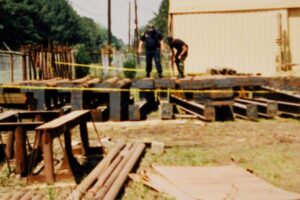 The morning of 03/26/99, employees of a structural steel fabrication plant drove around a black plastic bag near the center line of Old Mansfield Road. It wasn’t uncommon for trash to be left on this particular road, so they thought no more about it.

Around noon Wayne Nichols, a welder at the factory, observed a stray dog a distance away with something in his mouth. As the animal approached, it appeared to be carrying a baby. He followed it towards stacks of rusty beams, but when the dog emerged it no longer carried anything. 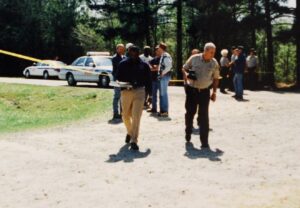 While waiting for authorities to arrive, he and a few volunteers searched for what the dog may have left. A small hand was found sticking up between two beams, the remainder of the tiny body, excluding the head, was partially buried. Sheriff Deputies arrived soon after.2

A bloody towel and ‘things wrapped up in newspaper’ were discovered by deputies further down Old Mansfield Road. The blood was not Baby John’s leading investigators to posit it belonged to the mother. Inquiries to local hospitals regarding a potential mother seeking medical attention were unsuccessful. There were no matches in the FBI’s Combined DNA Index System (CODIS).

Two dogs were also captured that were later euthanized so stomach contents could be analyzed. What appeared to be a skull, cap and facial tissues were found in the stomach of one. Autopsy determined Baby John was caucasian, two-three days old with umbilical cord still attached, and alive when born.

The next month two wooden crosses, one with a wreath and baby blue ribbons, was mysteriously erected near where the plastic bag was observed.

Caddo Parish Sheriff’s Office reopened Baby John’s case in May of 2019, with hopes that DNA advancements will lead to the baby’s identification and additional clues.

Caddo Parish Sheriff’s Office is working to solve the Baby John Doe case and bring his killer(s) to justice. If you have information about this crime, please call (318) 681-0719. 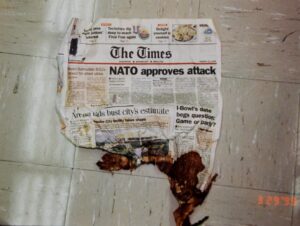 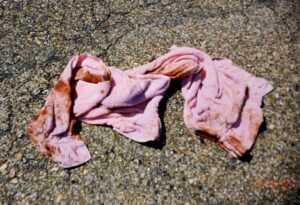 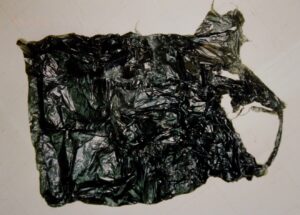